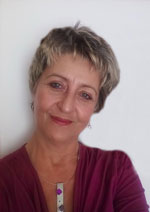 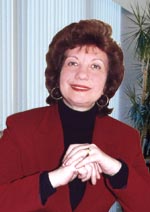 In 2001, the Laboratory for the Study of lipids in the National Center of Hygiene, Medical Ecology and Nutrition tested clinically BiostimN effect on lipids and blood sugar of patients suffering from dyslipidemia and diabetes. After 60 days of dosing, average scores of total cholesterol, LDL-cholesterol and blood sugar of patients in the group fell significantly. The patients felt better and communicated a certain relaxing effect, improved sleep, normalized blood pressure and reduced stress, which is very important in correcting the distortions of metabolism (lipid-glucose metabolism). As a doctor, I consider Biostim-N a very appropriate supportive therapy /accompanying the primary therapy/ for slowing the progression of arteriosclerosis and reducing the risk of clinical complications. I began prescribing this product to my patients as a therapy in my practice. 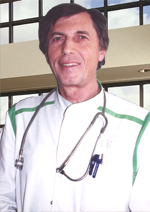 Dr Christov has practised the application of Biostim-N for more than 7 years on patients with persistent headache (no evidence of brain injury), cervical spondylosis, dysthymia of the autonomic nervous system, arterial hypertension I degree, but still no pathological changes in organs and systems and approximately 75% of patients reported a positive effect from BiostimN.

Extrasystoles in some patients suffering from arrhythmias extrasystole type (caused by the autonomous nervous system) disappeared completely. When BiostimN was applied for at least 22 days and up to six months, a positive effect was registered in 50% of the patients with neurasthenia who formerly complained from persistent insomnia at night and reduced physical abilities during the day.

My experience as a doctor (30 years of practice) allows me to conclude that BiostimN is a good supporting therapeutic and preventive tool that can be used by patients suffering from the above diseases. 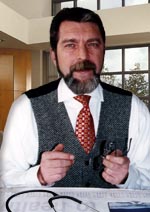 In 1992 we conducted a 4-week randomized experimental study to investigate the effect of Biostim-N on 320 volunteers. The following groups were formed:

We applied the method of stratified randomization with a control group of 81 patients placed on Biostim-N – “placebo”. This allowed us to conduct a double-blind study, so neither the patients nor the observers knew any of the patients in the experimental group and who was in the control group. The results we received were more than encouraging:

In the first week we observed positive effects of Biostim-N on participants in both groups (experimental and control). Each subsequent week as the study progressed the positive effect of Biostim-N widened in the experimental group and decreased in the control group. In the fourth week of study the differences between both groups grew bigger (more than two times), and became statistically significant. The effect of Biostim-N was greatest in patients who used it 12 hours a day.

My qualifications and experience as a doctor give me the right to say that Biostim-N is a very helpful supportive therapy in the first stages of the above mentioned diseases or diagnostically uncertain conditions caused by mental overpressure.